Why do countries say one thing in public speeches but do the other when they vote? While unexpected voting behavior is usually explained by vote-buying, it has not yet been directly tested to what extent money induces a country to vote against its own preferences. Speeches, however, are usually said to be independent from strategic influences of other states, thereby revealing the underlying policy preferences of states. I argue that the difference in countries’ votes and speeches is the result of - and can be identified with - vote-buying. The logic is as follows. Rich countries such as the US buy votes in international organizations to legitimize their actions vis-a-vis their domestic audience and reveal their voting preferences as focal points to potential supports in the international arena via speeches. Poor countries, by contrast, advocate for national interests in their speeches - as this is often their only chance to make their voice heard in international politics - but deviate from them to comply with the preferences of the donor in order to extract aid. I test this argument by using a combination of dictionary-based topic models and classification algorithms to estimate countries’ foreign policy preferences from speeches at the United Nations General Debate and predict their voting behavior in the subsequent General Assembly votes. If my theory holds, I significantly underestimate the voting similarity of poor countries with the US - the most prominent vote-buyer - as compared to rich ones and can explain this difference in prediction accuracy with increasing foreign aid payments. 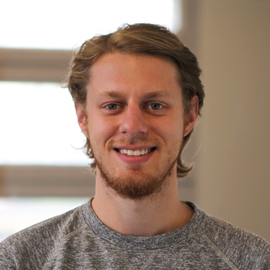 I’m a PhD Candidate in Political Science working with all sorts of data sources across different statistical methods (NLP, networks, and ML) to understand and quantify the structure of international relations.